As mentioned in the in review 2021, today I'm going to tell you a little bit about the behind-the-scenes of my participation to the collective fan comic Dragon Ball Multiverse.

For those who are new to this, you can read the full comic here.
The chapter I participated in starts here.

This chapter was originally supposed to be drawn by the Korean artist Ume. But health problems didn't allow her to finish it, so I took over to help out.
Since it was drawing a match involving two of my favorite characters (Vegeta and Cell), I did let Salagir (the writer and creator of DBM) know that I was available if they needed a hand. x)

Let's start briefly with the cover. 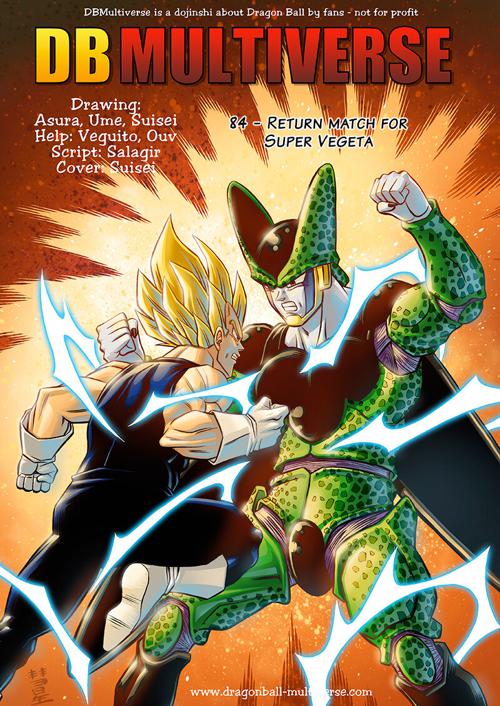 At first, it was just a fanart referring to the match between Vegeta and Cell.
I did the drawing with the traditional method, with a brush for the inking, and then I did the color on computer with Clip Studio Paint and Affinity Photo. I wanted to try something close to the American comics for the color.
Finally, as no cover had been made for the chapter, I proposed this illustration and Salagir thought it would do the trick.

Now I will detail a little more the working process used on the pages themselves. 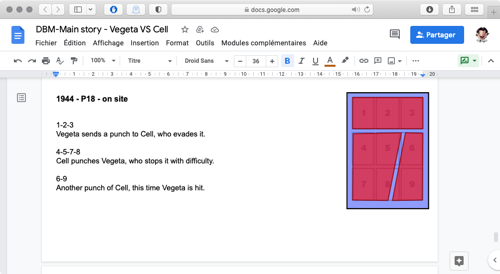 Then I draw each panel separately on scrap paper instead of trying to pencil the whole page in one block. 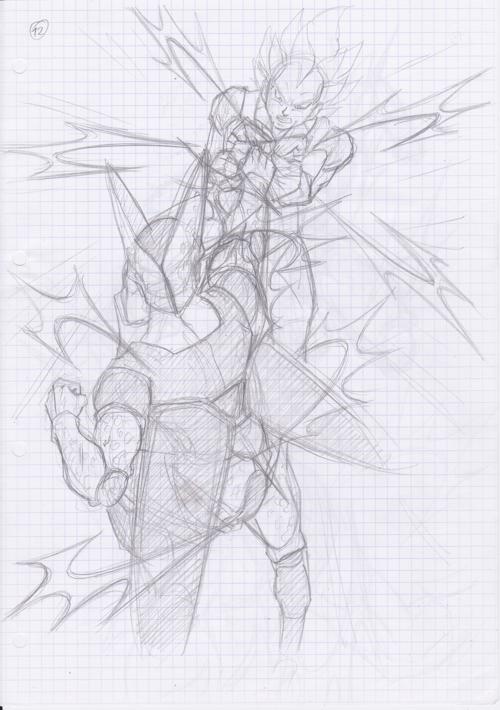 After that, I put all the drafts together in Clip Studio Paint. 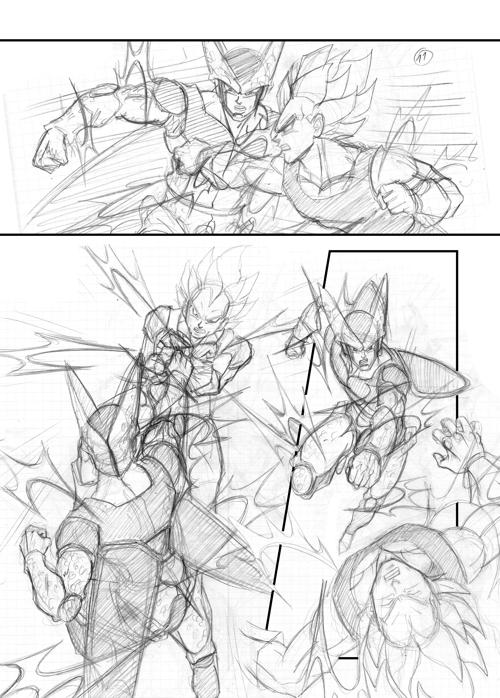 For the pages where we see the scenery, I modeled the tournament stadium with one of my Python and FreeCAD programs and used it as a base to draw faster. 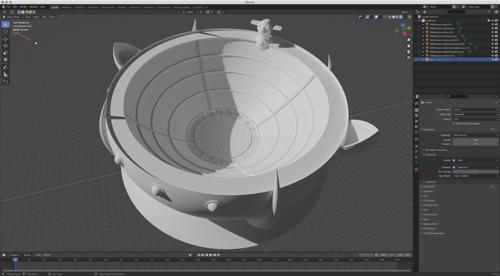 The 3D stadium was used for this page for example. 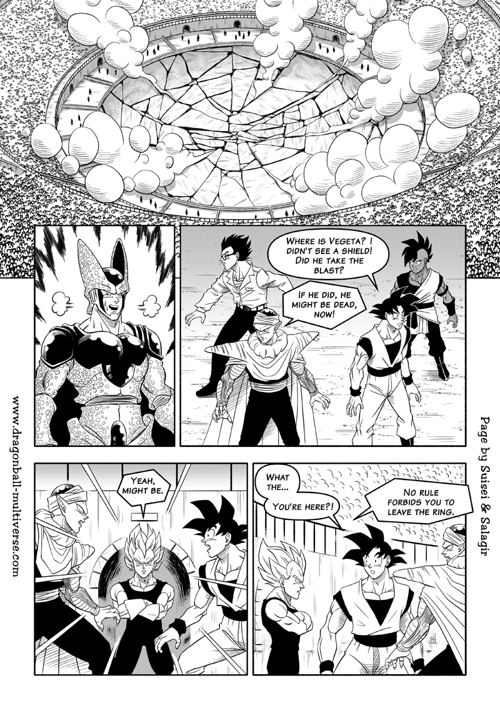 Then, once the drafts are put together and corrected in Clip Studio Paint, I ink digitally, then load the page into my Péguy application to generate the speed or shock effects. 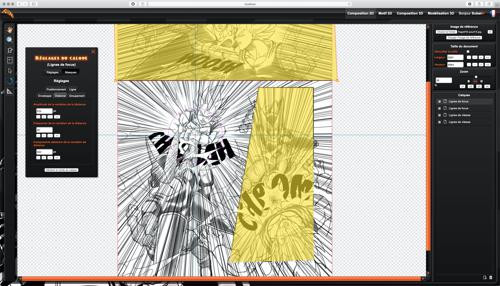 And then I come back to Clip Studio Paint to apply the final touch. 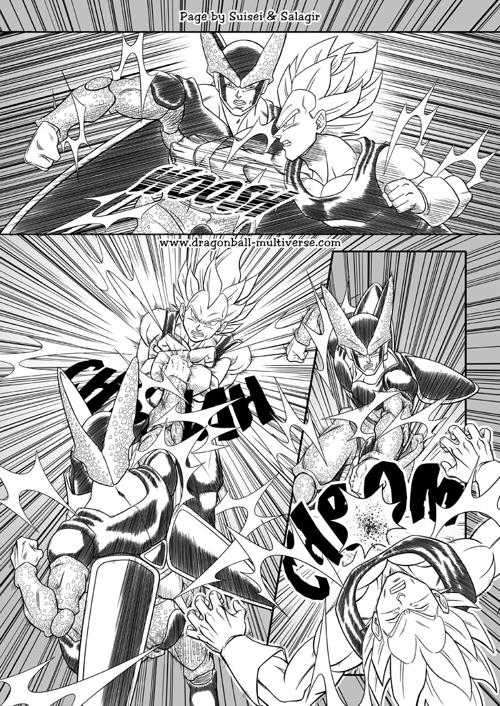 Now you know the secrets of the making of chapter 84 of Dragon Ball Multiverse, at least the part I made. :D

This news marks the end of the early 2022 batch. I'm not sure yet when and what the next one will be about, but I'll try to make an effort to be more regular. :p

On that note, I wish you a nice week and see you soon!