Today I'm posting this news to show you the illustration of the back cover which is finished too! :D 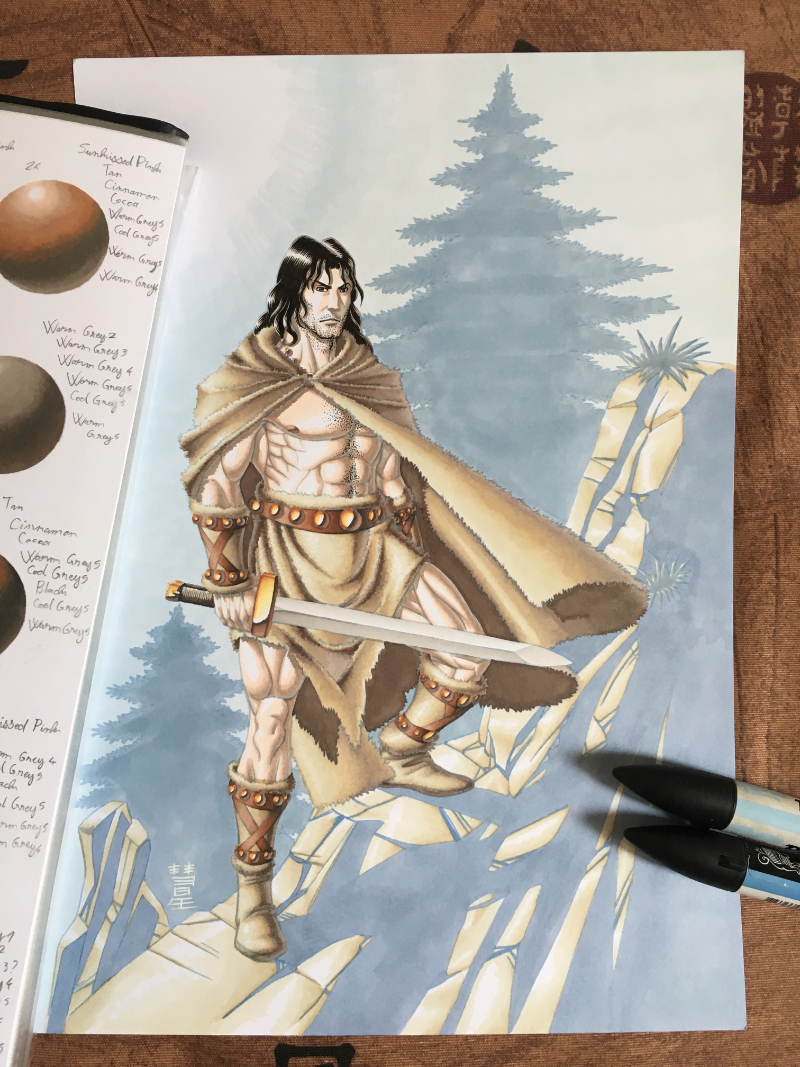 And this is how it will look like on the comic book. 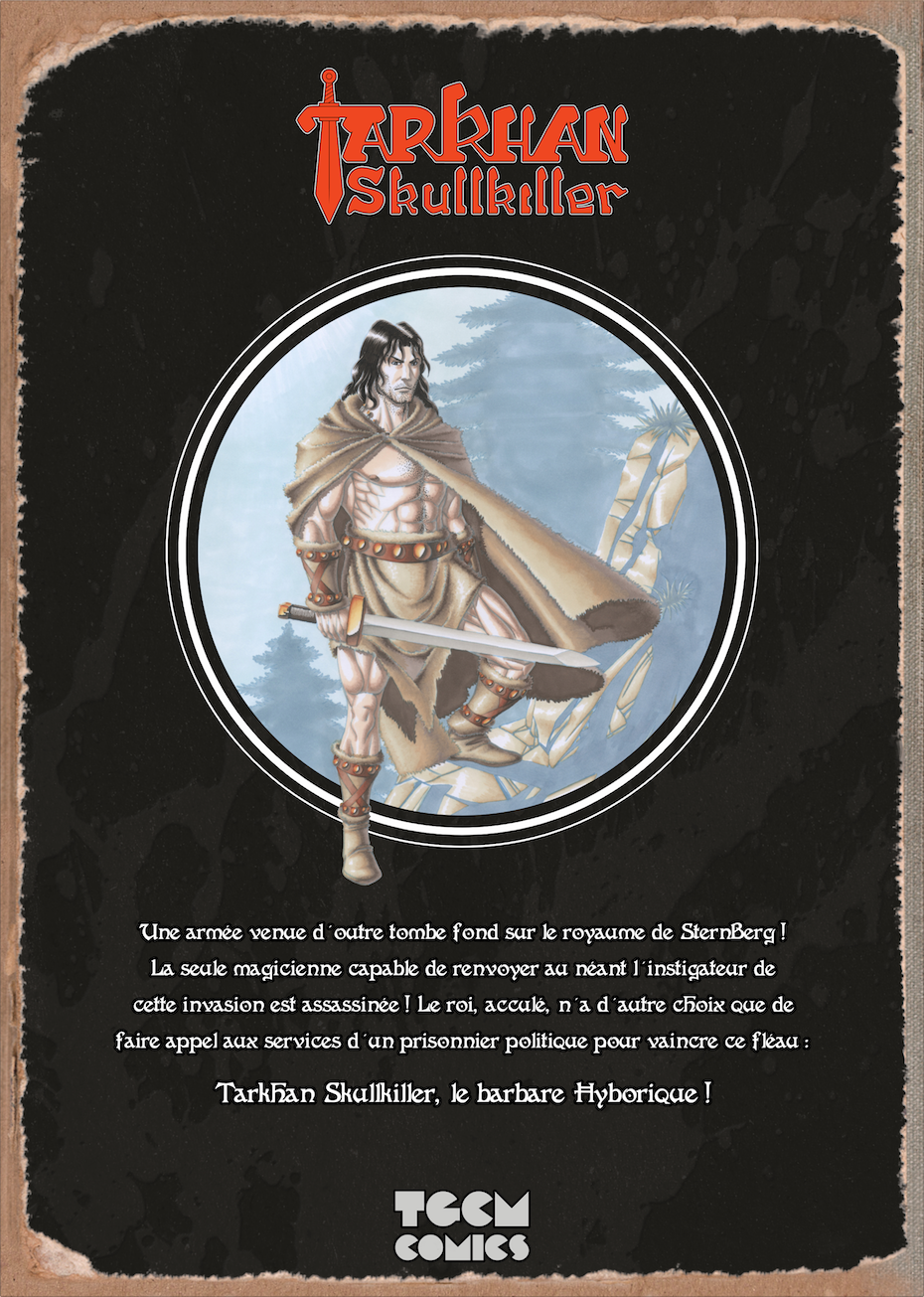 So the whole part of creation and realization of the comic book id finished. Now I have just few editorial things to do while waiting for the last contributors' answers for their reward options and the last fanarts for the gallery at the end of the comic book.
It was a big adventure during which I have learned and perfected a lot of things. :D 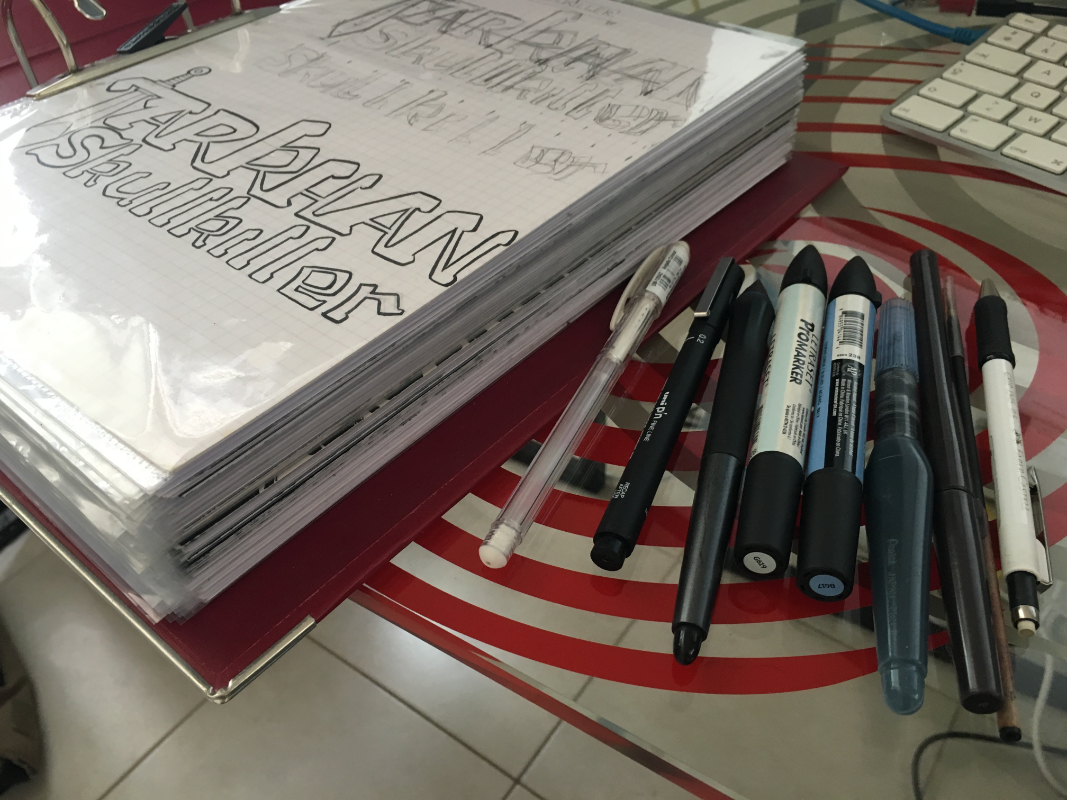 I filled a whole archive binder and my hard drives with this comic book. x)

While waiting to send the comic book to print, I'll be able to come back and deal with Tipeee and Patreon. :D
Yes, the Ululers were not the only patrons during this adventure, there were also the Tipeee's and Patreon's patrons who contributed each month to make possible the release of this comic book. So we thank them very much! :D

I will translate the comic (for Patreon) and format the pages to deliver them to the patrons in the following days and weeks.
Finally, there will be no free publication for Tarkhan pages beyond page 20. The following pages will be published exclusively for Ulule contributors and patrons as well as any other purchaser of the comic book.

Once all the tasks related to Ulule completed, I will propose a new version of the Tipeee and Patreon pages, with a content more adapted to my activities and simpler. Like many artists, I got a bit fooled by proposing content that required extra work to my usual activities (namely my comics and software development). I was not able to do everything when I was unemployed, so now that I've found a full-time job, it's going to be even more complicated.

So, in the next version, I'm going to do something simpler and more relevant.

I will remove unnecessary content that slows down my main activities and add in the rewards content relating to an activity that I had previously excluded from crowdfunding, even though it takes up a large part of my time: software development, which includes the Péguy project, a graphic software that has already helped me a lot in the creation of my own comics and that I will eventually propose as a web application, my game projects as well as a comic book platform project, already in progress, adapted to the needs of my friends.

I realized that the news would be too long if I get into the details, so I'll tell you about it next time.

Have a nice week and see you soon! :D